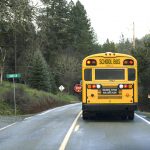 Linden – Two Hurt in School Bus Crash Linden Police are investigating a crash involving a school bus that happened Thursday morning, January 9. According to reports from Linden Police, the school bus was traveling eastbound on East Linden Avenue at around 7:45 a.m. when a 2013 Hyundai Elantra traveling westbound struck the school bus… Read more » 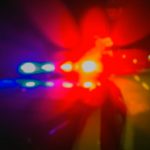 Paramus – Bus Driver Charged in Fatal School Bus Crash The school bus driver responsible for the fatal crash that killed a teacher and a fifth-grade last year has pleaded guilty, Tuesday, December 24. The bus driver, 79 year-old Hudy Muldrow Sr. was charged in the crash that occurred in May 2018 in which he… Read more » 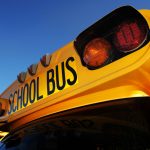 Edison – Special-Needs School Bus Involved in Crash One person sustained injuries in a crash involving a special-needs school bus and a vehicle in Edison Friday morning, December 20. According to police reports, the school bus was traveling along Mill Road at around 8:20 a.m. when it collided with a car at the area of… Read more »

Long Valley – School Bus Crashes into Stone Wall A school bus with nine children inside collided into a stone wall in Morris County last Monday, December 16. According to reports from police, the school bus was traveling on East Valley Brook Road at around 8:15 a.m. on the way to Long Valley Middle School…. Read more »

Kenilworth – School Bus Collides with Another Car, Driver Injured The driver of a car was injured after colliding with a school bus with children inside in Kenilworth last Wednesday, December 18. According to police, the school bus was traveling on Kenilworth Boulevard when it was struck by another vehicle at the area of Kenilworth… Read more »

Lakewood – Bus Full of Children Collides with Minivan One person was injured when a minivan collided into a school bus full of children on a busy intersection in Sparta, Monday morning, December 16. According to Lakewood Capt. Gregory Staffordsmith, the school bus driven by 63 year-old Raymond Schlombert of Lakewood crossed Central Avenue illegally… Read more » 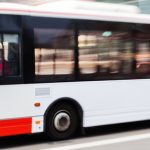 Branchburg – Four People Injured After Tour Bus Overturns Four people were injured after a tour bus full of people from Raritan Valley Community College overturned on Route 95 last Thursday, December 12. According to New Jersey State Police, the driver of the bus fell asleep on the wheel at approximately 11:30 p.m., causing the… Read more » 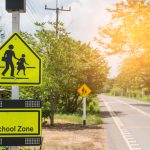 West Windsor – Three Children Injured After SUV Crashes into School Bus Police are investigating a two-vehicle crash in West Windsor Monday, December 9, that left a 9 year-old, an 11 year-old and a 17 year-old with injuries. According to police reports, a school bus driven by a 54 year-old Trenton woman was traveling on… Read more »

Lacey – 5 Students Hurt in School Bus Crash Five students suffered from minor injuries after the school bus thy were in crashed into another vehicle Monday morning, December 9. Lacey Township Police say that the crash happened near the front driveway of Lacey Township High School at approximately 7:10 a.m. The bus was about… Read more » 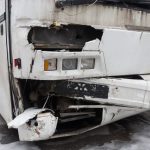 Paterson – Route 80 Bus Crash Leaves Several Injured New Jersey State Police are looking into what caused a bus crash on Route 80 Wednesday night, December 4. According to preliminary investigation, authorities received reports of a charter bus crash on the westbound lanes of Route 80 at around 11:25 p.m. Passengers inside the bus… Read more »