At Brach Eichler Injury Lawyers, our personal injury attorneys have built a strong reputation as determined advocates for victims of serious, catastrophic accidents and wrongful death. For decades, we have helped victims receive the compensation they deserve and the closure they need, so they can go on with their lives, albeit under very different circumstances. Yet, we understand that a tragic event that occurs due to negligence is substantially different from a deliberate assault from a predator abusing authority and trust. We know that victims of sexual assault can’t tell their story through accident reconstruction, X-rays, medical records, and diagnostics. Theirs is a story of innocence trampled, trust violated, dignity robbed, and personal autonomy overthrown. Their story requires more than aggressive advocacy; it demands compassion, understanding, patience, and sensitivity.

At Brach Eichler Injury Lawyers, we understand the process of seeking justice has to be different for victims of sexual assault. With professional skill and comprehensive strategy, our legal team helps you reclaim the power the assault took away, so you can finally put the past to rest and look towards the future.

Skilled representation for a variety of sexual abuse cases

Sexual abuse is a widespread societal problem. According to RAINN, the Rape, Abuse & Incest National Network, an American is sexually assaulted every 92 seconds, and every 9 minutes, the victim is a child. Each year, more than 320,000 people in the United States are sexually assaulted, and about 60,000 children are victims of “substantiated or indicated” sexual abuse. Meanwhile, the criminal justice system is making little impact on the problem, as only five out of every 1,000 perpetrators end up in prison.

On May, 2019, New Jersey Governor Phil Murphy signed a law that extended the statute of limitations in sexual abuse cases. Under the new law, people now have until they turn 55 years old, or within seven years of the realization that their abuse caused harm, to file a claim of sexual abuse.

The new law will make it easier for people to seek damages from churches and other institutions that shielded abuse, but taking legal action can still be incredibly frightening for many sexual abuse victims. Even with the extended limitation periods, it can still be traumatic for victims of sexual abuse to consider confronting their assailants.

Sexual abuse takes place under a variety of circumstances and a wide range of places, such as:

Such violations cry out for justice. Brach Eichler Injury Lawyers represents adults and minor victims, as well as adults who were abused as minors. We handle cases against individuals and organizations. However, our attorneys do not prosecute abuse cases against healthcare providers or medical facilities.

If you are a victim of sexual assault, you must have confidence in your legal counsel and the legal process. Brach Eichler Injury Lawyers attorneys are seasoned litigators with a long track record of success. We are adept at managing the complexities of civil litigation, including those related to sexual assault cases. Here are a few of the important legal issues that often arise in abuse cases:

Brach Eichler Injury Lawyers has decades of experience with personal injury litigation, and has recovered over $300 million for our clients throughout the years.

Charles X. Gormally is licensed in both New Jersey and New York. He was proud to serve as the mayor of Mountain Lakes, New Jersey in 2011 and 2012.

If you have any questions about the legal process or your rights in the matter, our knowledgeable attorneys are happy to provide answers at a free consultation.

As mentioned above, the concept of respondeat superior allows victims of abuse to sue organizations when an employee commits sexual abuse. The plaintiff must prove the organization is liable for any of these reasons:

A major example of organizational liability is the priest abuse scandal within the Catholic Church. The problem has been shown to be so systemic over the past several decades that the Church has set up a fund to compensate people who were sexually abused by priests.

The New Jersey Compensation Fund for Victims of Church Sexual Abuse of Minors is charged with evaluating claims of abuse and negotiating settlements with victims. The NJ fund is the first statewide compensation program of its kind. A unique aspect of the fund is that none of the five dioceses in the state have any say in the settlements. However, each of the dioceses has agreed to release a list of all religious who have been credibly accused. An experienced attorney at our firm can represent your interests if you choose to make a claim for abuse by a priest or deacon.

Although the Catholic Church scandal has received a great deal of publicity, with New Jersey dioceses having paid out at least $50 million to victims in recent years, the problem of sexual abuse is by no means limited to the Church. Virtually every organization whose employees have access to children has been implicated at one time or another. This includes public and private schools, day care facilities, after school programs, the Boy Scouts and on and on. Unfortunately, the only way to rid society of this problem is to aggressively hold organizations accountable so they become more vigilant about protecting the public, especially children. 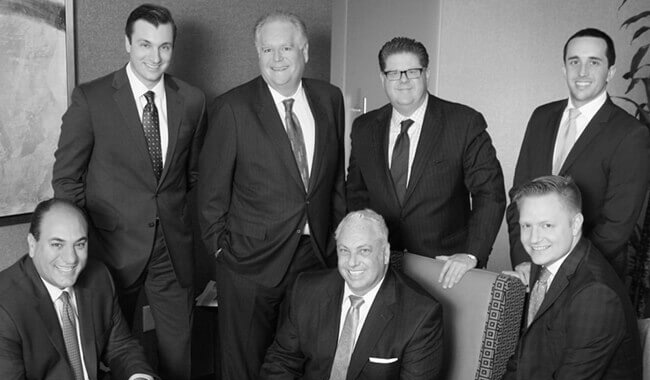 Protecting the victim from additional trauma

As mentioned earlier, one of the main goals of bringing a civil action for sexual abuse is to restore the dignity of the victim. Our attorneys are very protective of clients who have already been traumatized. Throughout the legal process, we seek to limit the emotional toll on your clients. We believe that open communication and thorough preparation are key to helping you get through the more difficult aspects of a lawsuit. As your advocates, we want to shoulder as much of the burden as possible, so you not only get excellent legal representation but supportive counsel as well.

Brach Eichler Injury Lawyers works with sexual abuse victims who are dealing with many different psychological effects, such as:

Sexual abuse can also cause post-traumatic stress disorder (PTSD) in some cases, which could involve flashbacks and nightmares. Certain victims could be suicidal.

Other cases could involve people being diagnosed with sexually-transmitted diseases (STDs). Physical harm in these cases may include chronic pain, genital injuries, and gynecological complications.

According to an April 2019 ABC News report, 7,819 Boy Scouts of America troop leaders have allegedly sexually abused as many as 12,254 victims. As far back as 1991, the Washington Times discovered that over the prior 19 years, at least 1,151 Boy Scouts had reported being abused by troop leaders.

A 2018 NPR report on the Catholic church revealed that 301 clergy members in Pennsylvania were accused of sexually abusing over 1,000 minors over the past seven decades. An earlier investigation by the Boston Globe in 2002 found that more than 70 Massachusetts priests had sexually abused children.

The John Jay College of Criminal Justice in New York conducted a research study for the United States Conference of Catholic Bishops (USCCB) that found that 10,667 individuals had made allegations of child sexual abuse by priests. According to the report, there were allegations of sexual abuse against 4,392 priests between 1950 and 2002 that were not later withdrawn or proven to be false.

The same research study found that:

The John Jay research study also reported that, of the priests at the time of the alleged abuse:

According to the study:

According to the study, 81% of victims were male and 19% were female. By age:

In terms of alleged acts in the John Jay research study:

The 3.5% of priests with more than 10 allegations of abuse included 149 priests allegedly responsible for abusing 2,960 victims, or 26% of all allegations. The amount of money already paid by the Catholic Church to victims as a result of these allegations was $472 million.

Contact our compassionate NJ lawyers for your sexual abuse claim

Brach Eichler Injury Lawyers provides diligent and concerned counsel for victims of sexual abuse throughout New Jersey. Let us help you get the compensation you deserve and the closure you need to put this horrible incident behind you. Call us today at (973) 364-8300 or contact us online to schedule a free consultation.