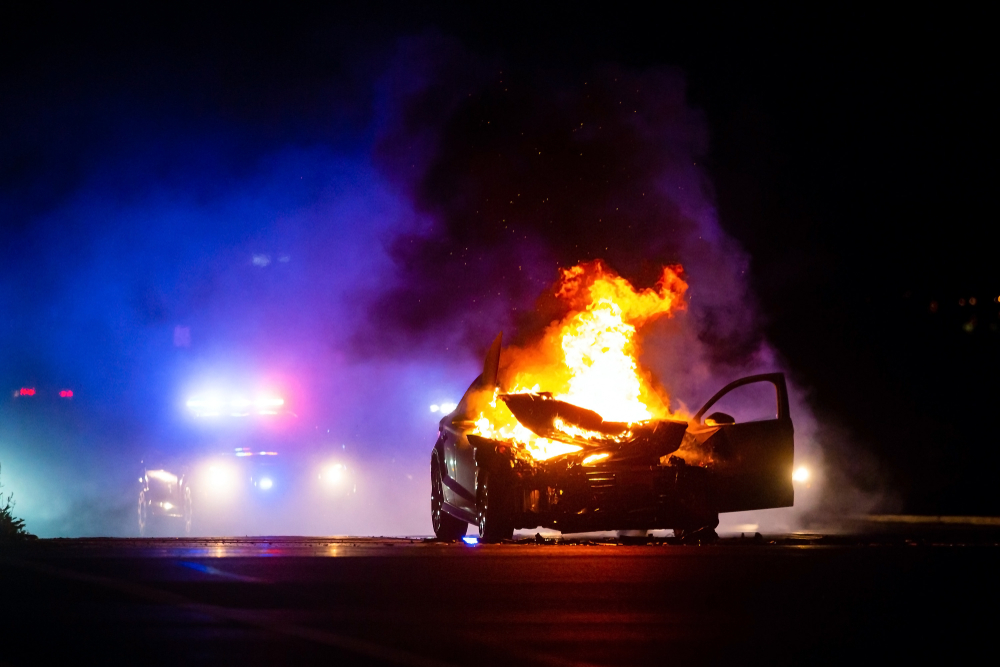 Five people were hospitalized in a violent rollover crash on Route 4 that was caused by a DWI driver Tuesday morning, April 7.

According to reports from Paramus Police, 22 year-old Michael Brennan from Ridgewood was drifting in and out of consciousness while driving his Toyota Camry on Route 4, causing it to collide into several vehicle on the westbound side of the highway, in the vicinity between the Garden State Parkway and Paramus Road at around 11 a.m.

Brennan’s vehicle collided into a Buick Lacrosse which then struck a tree and several parked vehicles, rolled over and ignited. Paramus police and firefighters quickly extinguished the flames and extricated two Maywood women, one 91 and the other 57, inside the vehicle.

Brennan had to be revived with Narcan before he was taken to New Bridge Medical Center. Police say Brennan overdoes on heroin, causing the crash.

Brennan was charged with aggravated assault with a motor vehicle, drug possession, driving while under the influence of drugs, reckless driving and using a phony driver’s license.

We would like to send our sympathies to the victims injured in this crash. We hope all the victims recover from their injuries quickly.